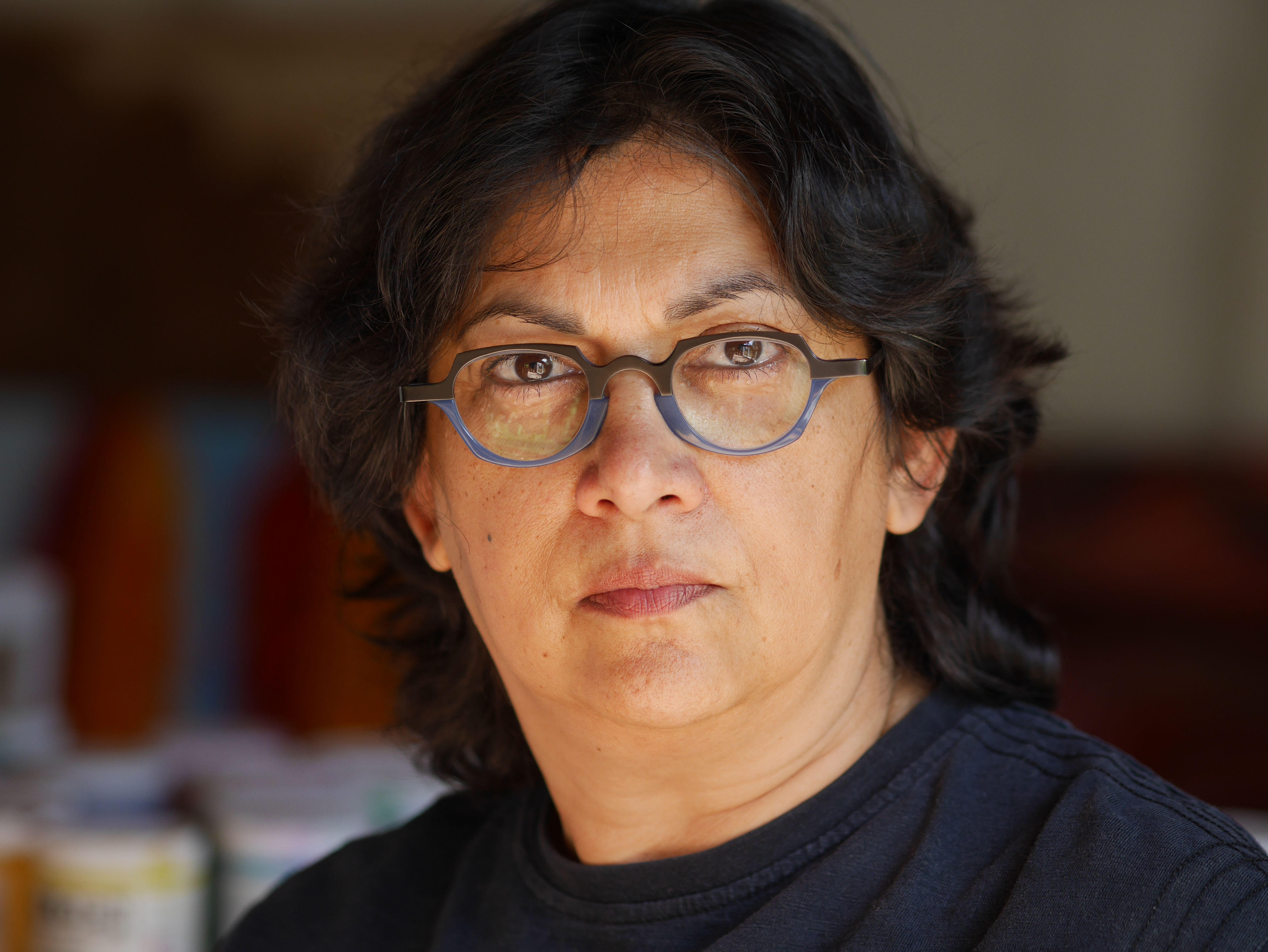 Shani Mootoo was born in Ireland, and grew up in Trinidad. She is a novelist and a visual artist.

Her visual art, including painting and photography, has been exhibited in solo and group exhibitions locally and internationally. She is currently represented by Hatch Gallery, Prince Edward County.