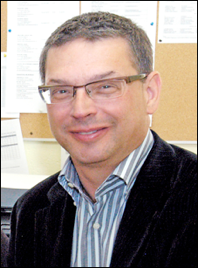 THE « LOG BOOK » OF THE FRONT DE LIBÉRATION HOMOSEXUEL DU QUÉBEC (1971-72) : Exploring the Counterculture and its Limits

At the beginning of the 1970s, Quebec’s first gay liberation group, the Front de libération homosexuel (FLH) lived its own version of a broader social debate on the relative effectiveness of strategies of personal liberation on the one hand and the transformation of social attitudes, laws, and institutions on the other. These orientations were most often presented as antithetical, and the debate that pitted individual vs collective approaches against each other reveals much about a broader malaise regarding the influence of the counterculture in the post-Stonewall gay liberation movement, especially as it intersected and interacted with radical student radicalism, second-wave feminism, and Quebec nationalism.

After briefly surveying the origins of the FLH in the milieu surrounding the countercultural magazine Mainmise and its groundbreaking, free translation of Carl Wittman’s San Francisco “A Gay Manifesto,” we examine the presence of the counterculture, both in content and form, in the public campaigns and declarations of the FLH, the internal documents and debates of the organization, and especially its Log Book, a lined journal left on a table in the FLH headquarters and available to anyone who wanted to write or draw in it.

The Log Book features a great variety of texts: poems (some original, some by well- known writers), aphorisms, personal reflections, quotes from well-known philosophers and public figures, but also declarations of love, friendship and flirtatious messages, bitter recriminations and polemical exchanges, graffiti, drawings, and sketches. Most of those who took advantage of this opportunity did so anonymously and were not among the organization’s militant core, ie those who wrote about, and led, the internal debates about forms of democracy and the relationship between “social” and political tasks. Instead, they were among the hundreds who passed through the FLH’s offices and participated in their social, cultural, and political activities. Comparing their anonymous entries on personal emancipation, love, sexual honesty, religion, and other such topics, as well as their cultural references, to the more abstract language of internal documents and the more militant formulations of public campaigns provides a unique opportunity to assess the influence of the counterculture at an organizational and individual level, and its limits.

This is the first time that the FLH Log Book has been studied and incorporated into a history of gay liberation. It is a unique document that allows us to re-assess the feminist claim, appropriated by gay liberation in the 1970s, that “the personal is political.” The presentation will include slides of images from the Log Book as well as a sampling of poetry and other passages written by contributors.

Robert Schwartzwald, author of C.R.A.Z.Y., A Queer Film Classic (Arsenal Pulp, 2016), of publications on Quebec artists including Michel Tremblay, Denys Arcand, and Larry Tremblay, and translator of Daniel Guerin’s The Brown Plague (Duke, 1994), teaches at the Université de Montréal. He is recipient of the Governor General’s International Award for Canadian Studies.